How batteries are connected

and the differences between them. 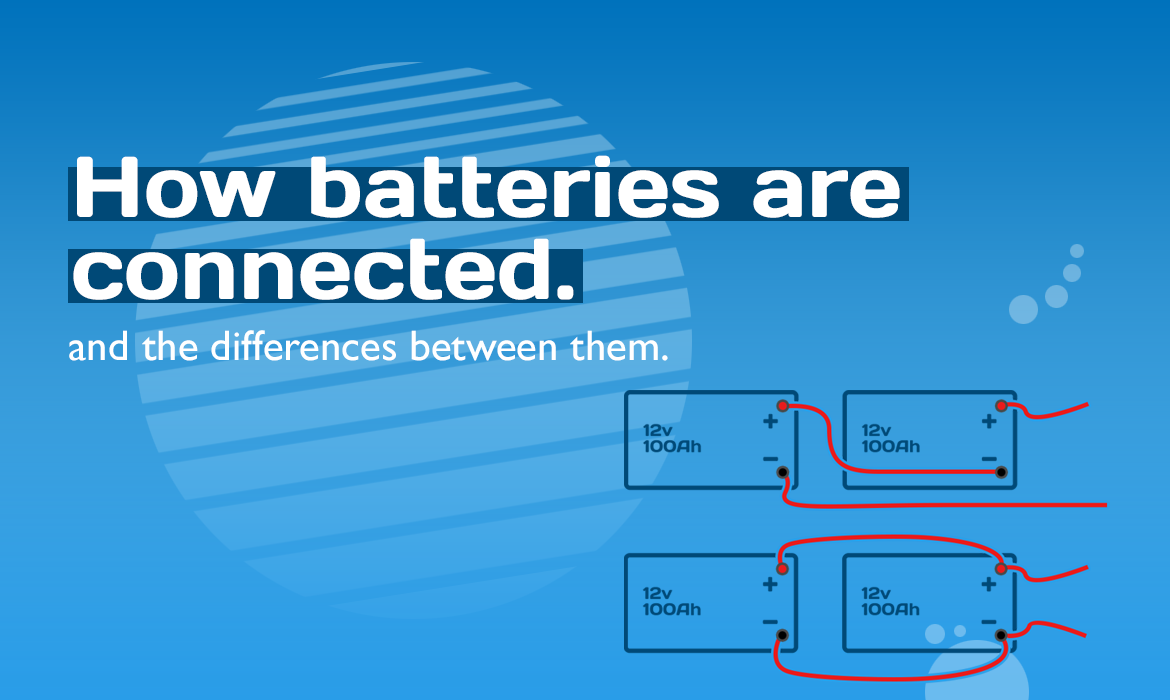 How are batteries connected?

When it comes to connecting batteries, there are a couple of different ways it can be done, these are called series and parallel.

So, what’s the difference? Well, a battery system wired in series will multiply the voltage whilst keeping the same Ah (Ampere Hours). For example, a battery system with two 12v 100Ah batteries wired together in series would become a 24v, 100Ah system. You will find that most battery packs are in series, even a single 12v car battery is made up of six 2.2v lead-acid cells joined in series to make a 12v starter battery. Another example would be a mobility scooter battery pack, these will often come as a battery case containing two 12v VRLA (valve regulated lead acid) batteries wired in series to create a 24v battery pack.

Parallel is the opposite of series, multiplying the Ah by the number of batteries and keeping the voltage the same. For example, the same two 12v 100Ah batteries wired together in parallel would become a 12v 200Ah system. While parallel isn’t as commonly found as series, there are still systems that utilise this, the best example would be a UPS (uninterruptable power supply) system. These systems are usually made up of multiple VRLA batteries wired together in parallel to create a low voltage with a higher amperage system and are also connected to a trickle charger that constantly tops each individual battery up over a long period of time.

It is also possible to connect more than one string of batteries to a series/parallel connection, increasing both Ah and voltage. This type of connection is used in most emergency lighting batteries, commonly using banks of 2 volt batteries to achieve the required Ah/voltage mix.

So there are the main ways to wire batteries together, we hope you found some use out of this article and if not at least found it a little bit interesting!

For any battery-related questions or problems you may have County Battery are here to help, just call 01623757377, email us at sales@countybattery.co.uk or just contact us here!