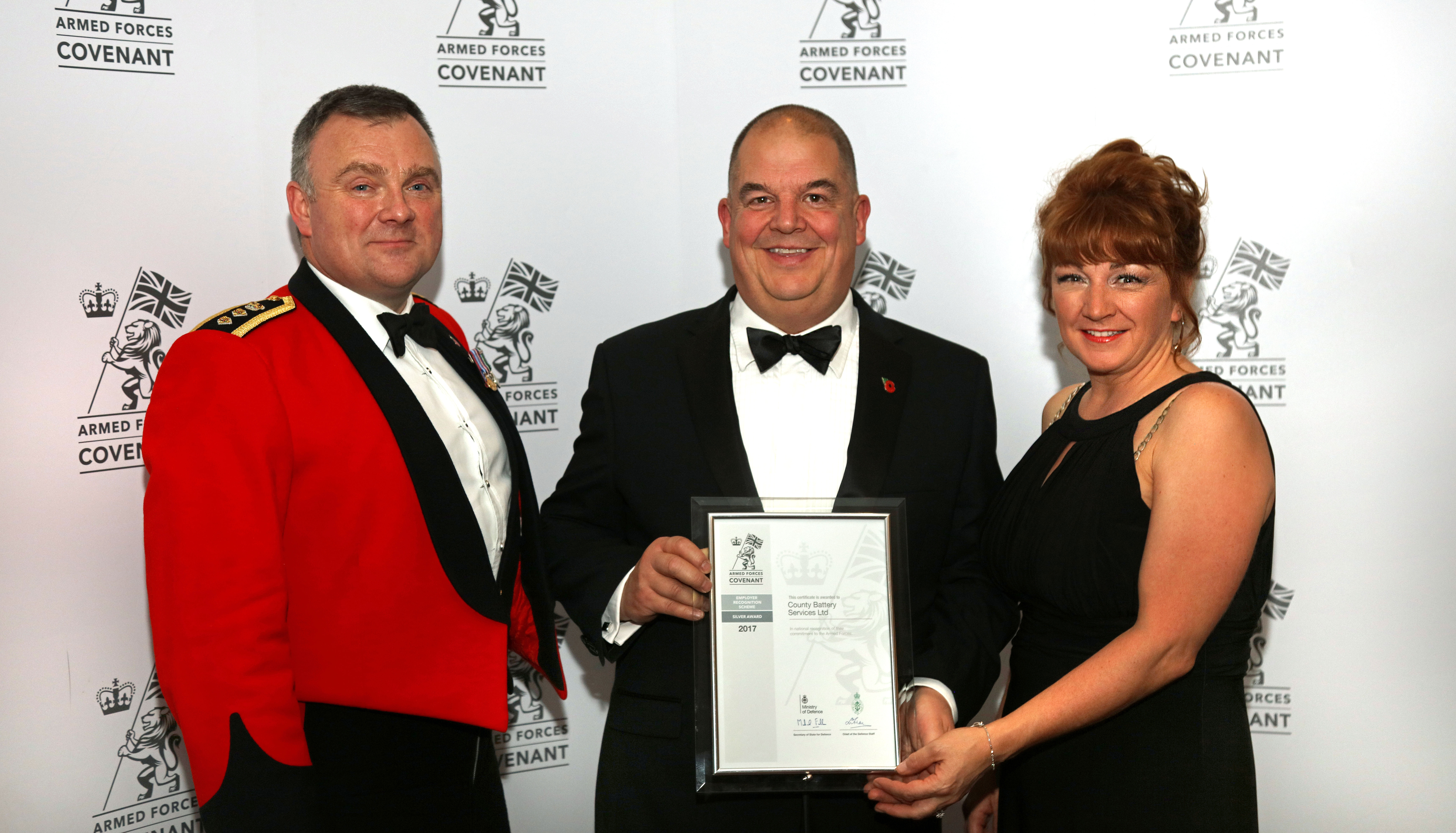 Five Nottinghamshire-based organisations were recognised for the support they have given to members of their teams who serve or have previously served our country.

County Battery Services, based in Kirkby in Ashfield; Newark and Sherwood District Council; Traffic Labour Supplies in Retford; Gleeds UK in Nottingham and Bradburys Global Risk Group (B-GR Group) in Nottingham each received a Silver Employer Recognition Scheme Award for supporting members of the Armed Forces community within their organisations.

An awards event was held on 9 November at Burleigh Court in Loughborough where 21 public and private sector businesses from around the region were presented with a certificate by Colonel Tom Redgate, The Deputy Commander (Reserves) of the regional Army HQ.

In order to achieve a Silver Award employers have signed the Armed Forces Covenant and have shown flexibility towards the annual training commitments and mobilisation of reservist employees and have supported the employment of cadet instructors, Armed Forces veterans (including wounded, injured and sick) and military spouses/partners.

Richard Fuller, Managing Director of County Battery Services, attended the awards event. He said: “We are honoured as a team at County Battery Services to receive this award. It is really good working with the Armed Forces and signing the Armed Forces Covenant. Giving support to reservists and Service leavers is very beneficial to the business in a number of ways, being able to recruit highly trained and intelligent staff who can integrate seamlessly into our team being one of the biggest.”

42 further businesses also formally had their Silver Awards renewed after continuing to support the Armed Forces community three years on from when they were first presented this accolade.

To find out more about how your business could receive a Bronze, Silver or Gold Award type ‘Defence Employer Recognition Scheme’ into Google.